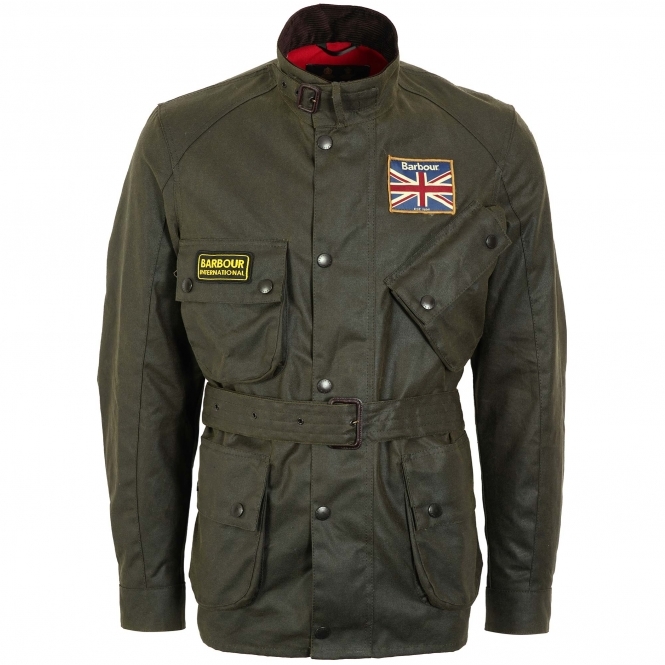 This Stuarts exclusive, created in collaboration with Barbour International, is a modern spin on the legendary Union Jack Waxed Jacket, which has remained popular since its introduction. The jacket, which has sparked much excitement since the collaboration was first announced, was inspired by the original Union Jack design from the 1930s - It was designed by the team here at Stuarts London and over at Barbour International.

This Stuarts edition features the original & discontinued olive green wax outer shell, which was formerly utilised in the 1900s before black became the silhouette's regular colourway. Coated with the brand's unique thornproof treatment, the jacket is waterproof, windproof, and has the same toughness as a Barbour wax jacket while paying tribute to its predecessor.

The jacket has a two-way zipper and press stud secured storm flap for added protection from the weather, an archival-inspired funnel corduroy collar with neck fastening, and corduroy detailing to the inside sleeve cuffs. An adjustable waist belt further customises the already thin modern shape, and metal hardware press stud cuffs allow for a preferred sleeve fit.

This is a limited edition and there are only 300 jackets available.

Read more about this exclusive here.